The Friday after Thanksgiving is now popularly referred to as “Black Friday”. Thanksgiving always falls on the fourth Thursday of November. And so, people use the following Friday as a good shopping day to make their first Christmas shopping.

The Black Friday came into place Europe around 2006 and since then, it has been quite memorable for most shoppers, there are loads of mouth-watering deals and discount coupons during this period.

iUse Coupon has conducted a survey among it’s users to better understand how most people in the top European countries see and respond to Black Friday. The survey took into consideration the differences in age, psychological level and among others.

The Black Friday is more popular in United Kingdom as 98.36% of their respondents (1,436 people) indicated, it is also very popular in Spain, 96.57% of the total participants in Spain (986 people) agreed they know about Black Friday.

Black Friday is still less popular in Germany, only 90.84% of the German respondents (1,092 people) knows about Black Friday. Also

Black Friday seems to be more popular among the middle aged; 96.47% (1,993) of respondents aged between 25 – 34 years knows about the great shopping event.

How many people plans to go shopping on Black Friday?

We also wanted to know how much they planned to spend during this period so we grouped them into three categories;

What Products are Selling More on Black Friday? 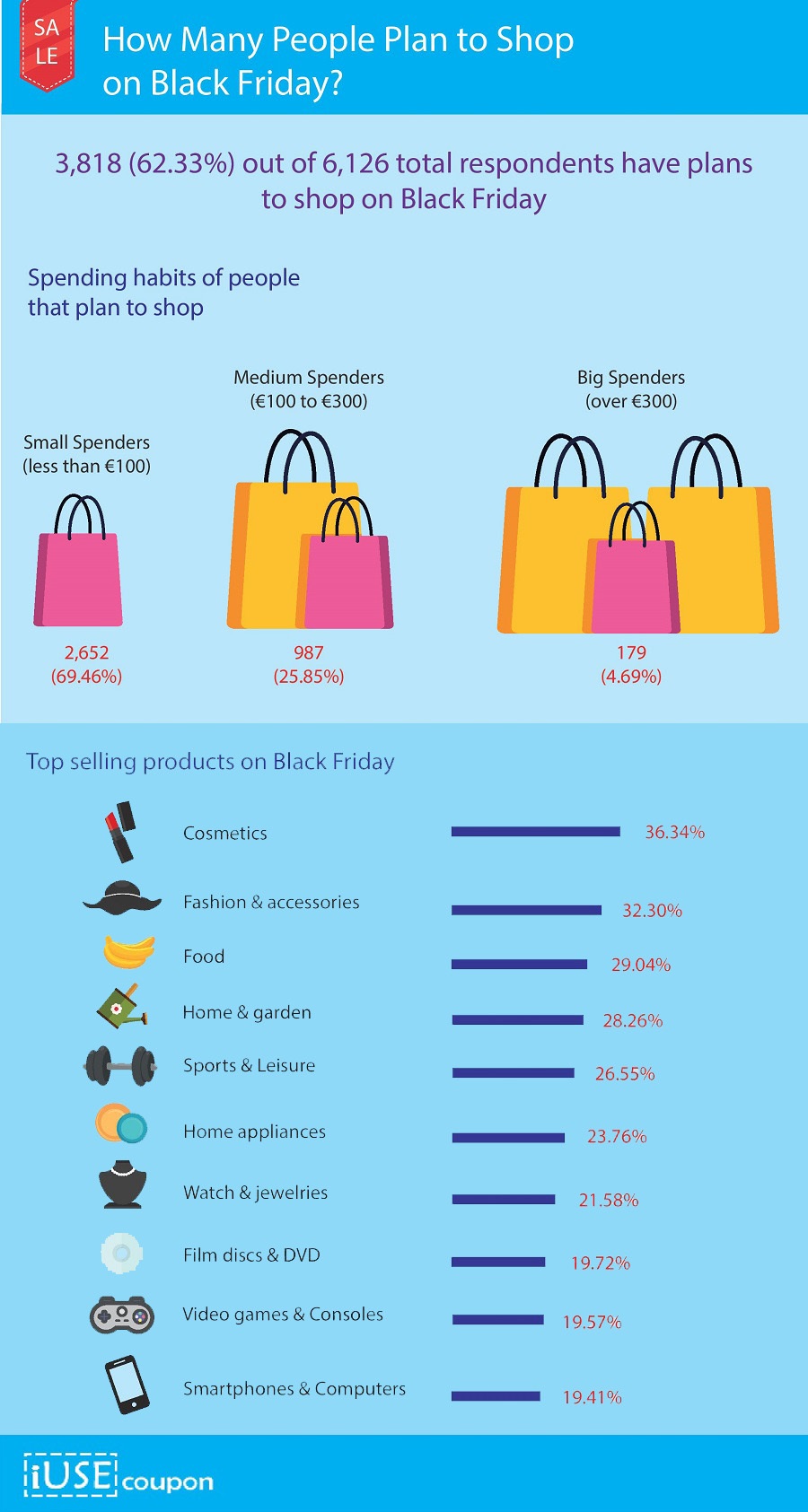 Cosmetics and fashion categories are the two top sellers on Black Friday, with more than 68% of our respondents interested in these products. Food followed suit with 29.04%, see the full list below;

During the beginning of February and ending of October 2019, 6,126 people from Europe were surveyed in a total of 5 countries which includes United Kingdom, Spain, Italy, Germany and France, where the tradition of Black Friday shopping is very present. Finally, the indicators for the month of January 2019 were used to convert the currency.

Would you like to share our data on Black Friday Shopping? You can freely use the data and infographics presented in the text for both commercial and non-commercial purposes. We only request that you indicate the author of the study ( iUseCoupon.com ) next to a link to this subpage.